Rising violet board of directors 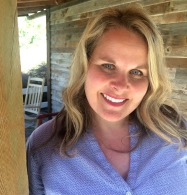 Tiffany Sowby grew up in a suburb of London, England. She was, according to her father, a “proper English school girl,” which is why he laughs at her life now: cowboy boots strewn around her house and Saturdays spent watching football (the American kind), to say nothing of the goats and horse in her backyard. With the exception of a few favorite English phrases she still loves to use, she can pass for a typical American these days.

Tiffany earned a degree in family science from the University of Utah. It was there she met her husband, Mike. They were assigned to plan a party for an organization they both belonged to. She thought he had an annoying sense of humor; he thought she was immature. Despite this auspicious beginning, they soon became friends, and then decided to become kissing friends. The rest is history. (For the record, she is no longer immature, but the annoyance level of his sense of humor is debatable.) They live in Utah with their five children.

There is always room in Tiffany’s schedule for long conversations with friends; shopping for shoes that compliment her great legs and always-painted toe nails; a board or card game (her favorite is Scrabble; she ABSOLUTELY MUST have the car in Monopoly); alone time with her husband; or perusing travel sites for her next vacation. She has never eaten a Reese’s Peanut Butter Cup or had a bloody nose and can’t stand sticky floors or the smell of Play-Doh.

Tiffany speculates that the idea of Rising Violet began when she was seven years old and a friend said, “You ask soooo many questions.” Tiffany has always had a passion for people and their unique lives, stories and experiences. She values honesty and integrity (sometimes to a fault, she admits). These passions, combined with Tiffany’s years of writing and speaking about motherhood, inspired Tiffany to create Rising Violet, a place where the untold stories of women and mothers can be told truthfully and unapologetically. She can be reached at tiffany@risingviolet.org.

Alisha Gale defines “freezing temperature” as “anything below 70 degrees” and so she and her husband, Jared, live in southern California. They are the parents of three daughters and two sons. Alisha and Jared both have degrees in philosophy; they met while working as editors for their university’s philosophy journal. (It was much more thrilling than it sounds.) (Not really.) Her degree might account for what her husband claims is the phrase she says most often: “I have an idea…” (Second-most often: “We’re out of space on our bookshelves again.”) Post college, Alisha moonlighted as a florist, an assistant to both a Nobel Prize winner and a MacArthur Fellow (but really all she did was get mail for the former and make copies for the latter), and spent four years at Power of Moms, where she served as content director.

With all her children finally in school (hooray!) she spends her newly-found free time in a ballet studio, shamelessly using Google if she gets stuck on The New York Times crossword puzzle (which, ahem, doesn’t happen all that often, except maybe on Saturdays), trying to stay awake while she reads, and working with Rising Violet. Alisha loves spy movies, family adventures and puns. (She would say “good puns,” but has learned that’s an oxymoron.) She once indulged her passion for pie-making to such an extent that her children complained about having to eat pie too often! (She can’t understand it, either.) She will go to great lengths to avoid cooking dinner. (And she never met a pair of parentheses she didn’t like.) Her future plans include pursuing a graduate degree and continuing to travel the world with her family. Her husband wants her to write a best-selling novel (or series; he isn’t picky) so he can devote himself to golf full-time, but she hates writing, so that is not her family’s financial safety net. (Sorry, Sweetie.)

Her great admiration for Tiffany led her to volunteer with Rising Violet. Her love for all sorts of stories, and the knowledge that sometimes the most important stories are never told, are her motivation to keep Rising Violet moving forward. She can be reached at alisha@risingviolet.org.

Maurie Garr received a degree in accounting, became a CPA and started an MBA program before deciding to stay at home and do what she loves, be a mom. She has been involved in her children’s education in various ways from homeschooling to PTO president. More recently, she worked as a curriculum specialist and served on the governing board of a local charter school. Maurie has recently become a licensed phlebotomist, CNA and hospice volunteer with plans to continue her education in the medical field. Her goal is to use her knowledge to assist in humanitarian relief projects in the future alongside her husband and hopefully her children too.

Maurie’s attraction to Rising Violet is its mission to highlight mothers and their efforts to raise generous, confident children while living ordinary, every day lives. She does not claim to be the perfect mother, but there is nothing more important to her in the world than her family. She understands the value of recognizing and nurturing each child in their individual way. That’s the reason she finds the stories of women’s lives so fascinating; they broaden her horizon on how different we all are and makes her appreciate the uniqueness of each individual’s story.

Maurie and her family reside in Cache Valley, UT. She and her husband are the parents of three sons and one daughter. She can be reached at maurie@risingviolet.org. 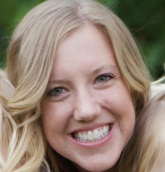 Kristin Unwin enjoys a challenge, and once ran a marathon just to say she ran a marathon. She admits that might not be the best idea, but she does find running therapeutic. Currently, Kristin works as a part-time certified nurse aide while she’s pursuing a masters of science of global health (remotely) through Northwestern University. She received her bachelor’s degree and gave birth to her first child in the same month, December 2009. Now, she and her husband live in St. George, UT and are the parents of three daughters. She doesn’t have a lot of free time, but looks forward to once again reading non-school books, spending hours at museums, and checking off more thrills (so far she just has sky diving) and visiting more continents (only five to go!).

Kristin came to Rising Violet because she believes in the power of sisterhood. She says, “Women are often set up to compete with each other; how amazing would it be to create something that allows women to build up other women?” She loves nothing more than to hear women talk openly and honestly, covering both the good and the bad about their lives. She knows there is something wonderful about finding people who think the same as you do; it’s equally important to find people who live in a very different reality from yours and try to learn from them. She can be reached at kristin@risingviolet.org.

In addition to our board, the following volunteers have added their time and talents to Rising Violet: