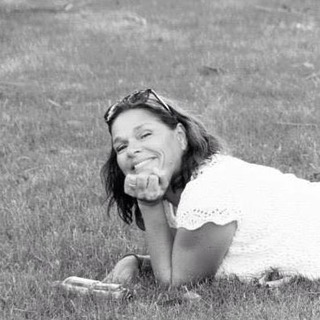 When I was asked to write an article about my life I was touched. I then wondered if it was really understood who they had asked and whether they truly knew of the condition of the tapestry of my life and the much needed repair work that had occurred on so many occasions! Realising we are all on different journeys to the same destination and with very different experiences but with the same divine heritage, a prayer was offered up to my Heavenly Father requesting the assistance of The Holy Ghost so that I might be able to write with authenticity the things that my
Father in Heaven would have me share and that these words would reach the people they were intended to lift. I have entitled it ‘And I Did Eat’ because like Eve that’s the choice we all made in the [before life] willingly.

Each experience of my life has brought a cascade of growth and blessings. Some I thought would honestly break me permanently but yoked to my Saviour  Jesus Christ I can testify that I have never been abandoned and that as a mother I have been refined in ways that can only have happened through the Gethsemane moments. I remember whilst walking around after Matthew in a slight daze with milk rushing in but with no baby to feed feeling so close to Mary the Saviour’s mother. I thought about all she went through and felt such a deep love for her. How could Mary have coped with all she had to go through?

I receive a lot of guidance in my dreams, it seems to be where I touch heaven at times, it’s where I seem to learn so much and have had other experiences revealed to me over the years. I felt a deeper love for Mary at this time in my life and can honestly say that bond of love along with the
atoning sacrifice of the saviour got me through some very dark days ahead. Is this not life? To come to earth, to feel, to love, to be loved and to find our way home come what may? I hope that by me sharing these experiences in my life I can help someone to know that communing with Christ at the altar of the sacrifice he made for each of us is something that is offered to us all in whatever circumstances we find ourselves. We do not have to be perfectly qualified to meet him there, He is just simply there and waiting for us whenever we need him. I have a deep unwavering love for my Heavenly Father and His son Jesus Christ with a gratitude that has the
depth and breadth to it because of a life of struggle, faith, hope, despair, loss, joy and laughter. My life is enriched by gospel living and my sorrows are eased by my choice to walk with my Heavenly Father by my side. I would not have it any other way. I pray that you can feel my love as I extend it to you across the oceans and that in some way it may help you with whatever you are faced with.

Written with much love, thought and friendship from the land down under where we
live with all our children.Julia.