My journey to motherhood… I was 18, just graduated Highschool with my GED and to say i was excited to be going off to college in just a matter of weeks would be an understatement. I was a life guard in North Myrtle Beach having the best summer ever, my life was finally on the right track. Sometime in July I had begun to feel ill, flu like symptoms, tired and no interest in food. After about a week I went to the doctors. I remember feeling very confused when he did a pelvic exam when i knew it was just the flu. A few minutes past and a nurse came in the room and informed me that I was pregnant. I was so mad that they would say such a thing that i stormed out of the office and refused to hear another word of it… no way, not me, not now… I was just getting my life right with God and was going to a Southern Baptist College 2 hours away from home, I was finally Free… I couldn’t be pregnant…But I was, and thru many months of hard decisions on whether to place her for adoption or not I decided to become her Momma; single and scared to death. But together we made it!

Motherhood can take on so many faces… a few yrs. Later i was married and we experienced 10 miscarriages in a 5 yr span. I felt like a failure, like i was being punished for my sins in my earlier years. I just couldn’t continue to put my body and mind, heart and soul thru another loss so in 95” we adopted a beautiful baby boy. I was so happy, finally content with our life as a family of 4. Then in 1998 I became pregnant with twins!!!!! It was such a shock to us but I was beyond thrilled. Then in my 10th week we lost one of the twins.. Again my heart broke and I was at a loss for understanding. But in February of 99 i gave birth to another son. Then for the next 6 years I would give birth to 3 more beautiful babies!! I will never be able to understand all the loss and grief that comes with motherhood. But I have also tasted the sweet joy and happiness that can never be measured or explained. 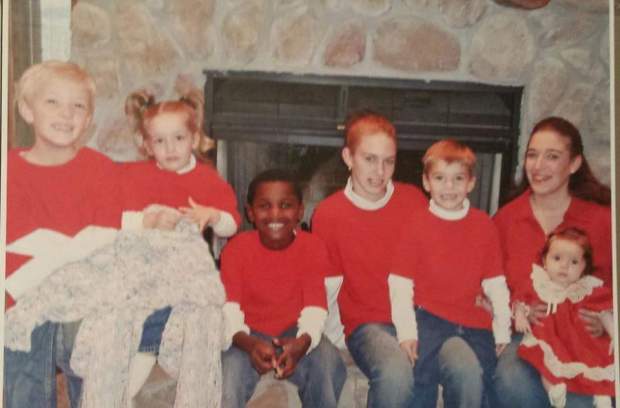 I think as a mother I had to do some serious soul searching for strength, love, compassion and most of all patience. All of which were not a part of my up bringing and did not come to me as naturally as I had wished. So I decided with my 1st child that I would be a chain breaker and not repeat the same patterns that my parents and their parents had made. This would not be easy but 24 years later its proven to be well worth it!

Motherhood wasn’t something to be valued or treasured in my family… It was something that happened and had to be dealt with… not celebrated or cherished. Children were just another mouth to be fed or body to be clothed. This is why breaking those chains and setting a brand new example to my children was more than just a hope or a dream.. It was a must.

Dreams… wow, those tend to get pushed to the back burner as a mother, don’t they? Sometimes they even get forgotten. I suppose if I was to look around I’d find that my dream of visiting Italy and Greece still exists. Dreams are fun to think about during quiet moments from time to time.

To describe my life story would be more like a describing a very tattered web. I like to joke that most people have family trees, well I have a huge family bush and a thorny one at that. Both my parents have been married 3 times so stability is a foreign concept to me. My biological father came into my life for a brief time when I was 16 only to disappear again. I have 3 sisters that I grew up with.

Although two are half and one is step we were never anything but sisters.  We are always there for each other. Even still today, my big sister is my best friend and one of the only people I trust in this world. 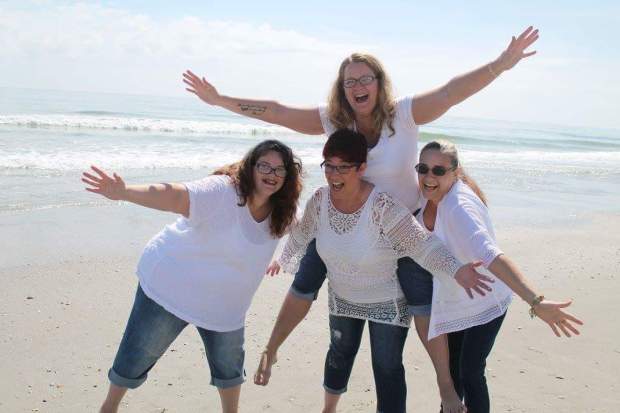 I saw and have been through way more than any little girl should ever need to be witness to. As a teenager I was more a parent to my mom than visa versa and had no rules to follow or structure in my life. I lived at the Beach and lived to party. Then at 17 I decided I needed to get my life together and so a new journey began. I also experienced my first real heart break that would alter my view of the world in a way that would torment me for years to come. I had to learn what it meant to value myself and love myself more than any other person. That I could only depend on me to get my needs met..always. I also had to learn how to trust my father in heaven and trust that he could love me when my earthly fathers couldn’t. Trust doesn’t come easy to a girl like me.

Three words to describe me… strong, because I have overcome a lot in my life and I’m very proud of this. I’m independent and very outgoing, I love new adventures and don’t like to depend on others to supply for my needs, happiness or well-being.

Womanhood and motherhood…LOL. For me it’s a blur. I think I’m just now starting to experience womanhood at 44. It’s a different kind of strong, but it feels good. My confidence is starting to emerge in a more secure sorta way. I like the woman I am today, the woman that I’m still becoming.

I think that thru this crazy journey I have learned that life is what you make it, not what you allow it to make you. Also because I have been thru much I know that it is no ones place to judge another’s walk.. I think if we as women could just stop for a moment and see the uniqueness in each other and not judge but love one another, our light as women and as sisters would shine brighter than the sun.